Why Is Joe Budden In So Many Beefs? 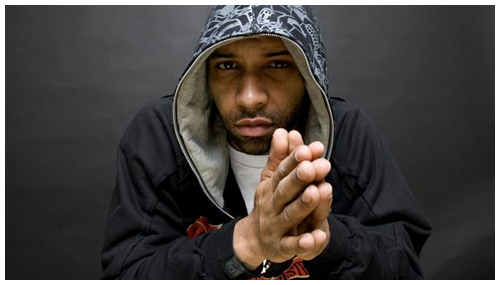 You know it seems like every other month our boy Joe Budden is engaging in one rap beef or another. From his early days of battling 50 Cent and G-Unit to Ransom, Prodigy and now Saigon. It’s just funny because Joe Budden doesn’t make the kind of music that would warrant beef. He doesn’t make super gangster music nor does he call out rappers for no reason. I would think for a dude that makes music talking about how shitty his life is, most rappers would leave him alone. So what is it about Joe Budden that makes all these rappers throw shots?

If you look at all the rappers who have called out Budden, they are all more or less mindless thug rappers. Considering thug rap has pretty much died in terms of what most heads listen to and been replaced by “real rap” like the kind Joe Budden, Joel Ortiz and Royce Da 5’9″ make, it is no wonder the thugs are going to pick on the lyricist. The thug rappers feeling they are not getting the attention they once garnered have to turn to bullying on the lyricist lounge cats in order to get some eyeballs looking at what they are doing. The lyricist, seeing their pride on the line (and an easy win), dismantle said thug rappers for their fake gangster image. It is pretty much a fight waiting to happen and Joe Budden just happens to be the poster boy of real rap.

As a fan of real rap, and supporter of Joe Budden, it has become laughable when these random thug rappers call out Budden. I mean what are these guys thinking? As far as I’m concerned there are NO thug rappers with lyrics, the majority of them have managed to get by of swag and street cred and in a battle of wits that stuff isn’t going to fly. So here’s some advice to all you sappy thug rappers, stop picking on the lyricists. Your too dumb to think of any thing worth talking about, the best you can do is resort to talking about a man’s little son as being gay for being shy. Really? Get the f*ck out here.