Remember the first time you heard ODB? The first time for me was on Brooklyn Zoo, I was totally blow away. The melodic yet horror movie inspired piano riff coupled with ODB’s off the wall flow and drunken style candor made for one hella of party joint. This is when party joints weren’t the radio friendly for the “girl” songs they are today. This is when it was head nodding boom bap that made vertebrate’s snap.

This era was all about getting pissy drunk, high, and not giving a damn about your outward appearance. It was the early 90’s where being grimmey was not only the in thing in hip hop, but even in rock music the grudge genre had taken hold. Needless to say, ODB embodied the grimeyness of the era with his unkept appearance and dungeon inspired sound. He was reckless on the mic, carefree in real life and spoke his mind, he was one of the first artist that “kept it real”.

And although, ODB’s off record antics would question his sanity, such as his infamous appearance at the Grammys, his early contributions to hip hop still live on. In fact, many Southern artist today such as Lil Wayne borrow Ol’ Dirt Dog’s drunken style to fill out their flow. ODB may be gone, but his memory lives on through all the generations of rappers he has inspired. Pour out a little liquor, blaze one up, say a pray, do whatever you do, just remember the man Russell Tyrone Jones today. Brooklyn Zoo!

Check out the Wu-Tang’s tribute song to Ol’ Dirty. I’m really feelen’ it. 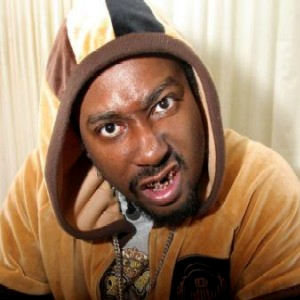