Jadakiss Throwing up the Roc 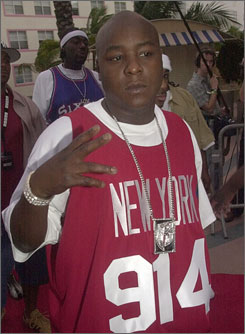 Jay-Z has made it official, Jada has been signed to Rocafella/Def Jam. His third album, tentatively titled Kiss My Ass should be released sometime in 2008. I don’t think anyone really cares as Jada was hot in the early part of 2000, but now he’s cooled off a lot since then. He did reinvent himself in 2004 with “Why?” but I think that song may have alienated his original fan base. I have hopes Jada can return to his former self, but now a days he seems rather uninspired like much of his New York peers. I’m going to have to count Jada out for now and consider this a “token” signing in the same way Fifty signed MOP and Mobb Deep (and we all know how well those signings went). [sidebar: remember the Jay-Z vs. Jadakiss/Lox beef? This rap shit really is wrestling].

One thought on “Jadakiss Throwing up the Roc”