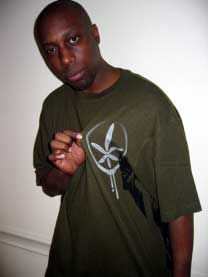 Inspectah Deck comes out of nowhere with this shot against Joe Budden. It isn’t that bad but I expect Joey to annihilate him.

Here’s what Joe Budden said about the track,

When I first heard the Inspectah Deck sh*t I thought it was weak but I said, ‘Aight I’m going to tear him up for fun,” Budden said. “I just wish somebody else would’ve responded, not him…Vibe Magazine is shut down. Me and Raekwon talked it out, me and Busta Rhymes already spoke. Now here you come…While Inspectah Deck may be considered a legend for the one great verse he had in his 30 year career, it’s 2009…We’ll see how it all plays out. We gotta see how it goes down when I get into the studio…BlogTV probably pays me more than he’s made…He should be dissing RZA for not paying him…When Saigon dissed me, my next diss track was the fact that I got paid from his diss track…I don’t think people really use their heads. He rapped on ‘Pump It Up.’ Me and Just [Blaze] got paid for it.”