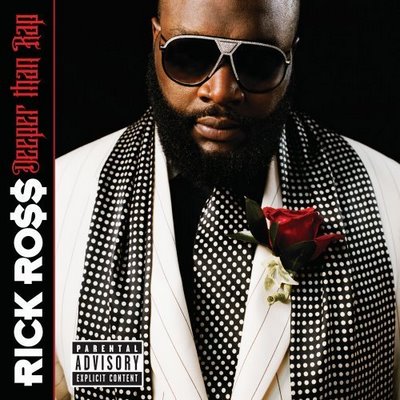 It looks like being a corrections officer and the beef with 50 Cent had little to no effect on Rick Ross’ sales for his album Deeper Than Rap as he managed to sell 158,000 in his first week. Although, this is Rick Ross’ lowest selling album, it still places Ross at the top of the Billboard charts for this week. If you look at the firs week sales for Ross past albums (Trilla sold 198,000 and Port of Miami sold 187,000), he didn’t do so bad, considering not really having a hot first single, the recession, and of course formally working as a c.o. and squabbling with Fifty.

So the really important question is: is it time for YoRapper to take Rick Ross of the wack list?